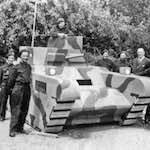 Our earliest work on this topic concentrated on the names of the fallen recorded on the St. Lawrence Church memorial plaque, described below. Subsequently we researched and presented a lot more material for our 2011 exhibition “Effingham in Wartime” and our ensuing book of that title, which covers both world wars but is concerned mostly with the second one.

At least fifteen servicemen associated with Effingham died during active service in this war. Their individual stories are told on the following pages.

No more than five of the men were born in Effingham parish: Biles (probably), Dench, Nicholls and the two Polands.

Eight of the men are known to have served in the Army: Blaber, Bunge, Dench, McGowan, Nicholls, Payne and the two Polands.

Four of the men served in the Royal Navy: Biles, Chatfield, Curry and Longhurst.

Two of the men served in the Royal Air Force: Lenfestey and Worsfold.

One of the men served in the Royal Marines: Hunns.

The principal sources used for the genealogical findings were (i) the 1841-1911 Census Schedules held by the National Archives [Classes HO107 and RG9-RG14], (ii) the General Register Office indexes of births, marriages and deaths and (iii) the International Genealogical Index.

The principal source used for the military findings was the Commonwealth War Graves Commission. Service records for WW2 personnel are not freely available, but may be procured for a fee by close relatives.

Inside St. Lawrence Church is a wall-mounted hardwood plaque “in memory of the men of this parish who died in the war 1939-45”. It bears 15 names in gold lettering. Its origins are outlined in the pamphlet “Effingham & The Bookhams Royal British Legion (A Brief History)” by Jim Clarke [Publ. by Frank Rice-Oxley, Roxley Models] who wrote that, according to the Branch records, a proposal for a such a memorial was first voiced in January 1948.

Six years then passed, until in 1954 the plaque (or “memorial tablet”) was finally unveiled by Mr. A. Poland in St. Lawrence “with a full Church and a strong Legion presence”. The Legion had contributed £18.6.6d towards its cost.

We are fortunate to have written accounts by individuals of their own memories of Effingham and its neighbourhood during this war, kindly provided to ELHG. You can read their stories below.

Christopher Hugh Bohling
Chris Bohling lived in Bookham during his childhood and early teenage years and was nine years old when the war began. This article provides fascinating memories of his formative years as a wartime child.

Josephine Rona (née Kingham) West
Josephine was living at Lynwood House, Effingham Common when the war broke out; she was about ten years old. She particularly remembered the planes and the bombs.

Margaret Mitchell
The war had already begun when Margaret arrived in Effingham when aged about 14. Her account includes very interesting descriptions of the village in that period.