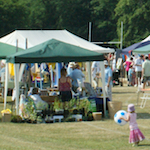 Effingham’s Village Day in 2010 took place in lovely summer sunshine on Saturday June 26th on the King George V Playing Fields. It was organised by the Rotary Club of Bookham and Horsley and called “The Big Rotary Summer Fete”. 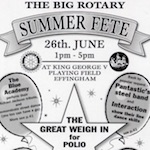 The Programme shows that the event officially opened at 1.00pm. 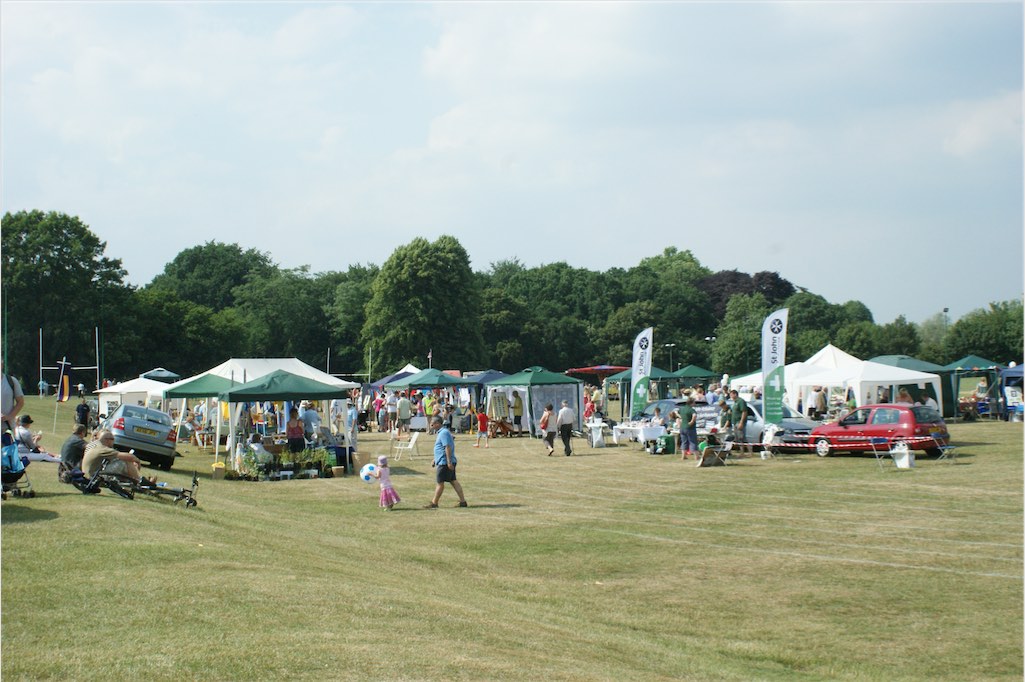 The Rotary Club had for some time been running a project to assist the eradication of the poliomyelitis virus; school pupils had been sponsored to grow potatos from seed in order to raise money for the project. At this Village Day there was a weigh-in of what the pupils had produced, as described in this extract from The Surrey Mirror.

GOT THE RHYTHM: The Blue Academy perform street dancing

Thousands of people turned out for a village summer fete aimed at raising cash for some of the world’s poorest communities.

Tony Greenman, presedent of the Rotary Club, told The Advertiser the day was a great success, with more than 2,000 visiting the stalls and watching the musical and dance performances.

“The highlight was provided by the Blue Academy who did a Michael Jackson tribute for the one year anniversary of his death.”

The event also saw the culmination of the Bookham and Horsley Rotary Club’s Polio Purple Pinkie Potato project. For the project the club sold potato seeds for pupils at local schools to grow in order to raise funds to help eradicate the virulent virus, which still exists in Nigeria, India, Pakistan and Afghanistan.

Some 2,000 children took part in the project and the weighing of the specially grown pink potatos took place at the fete.

Mark secker, who organised the project, said: “We have raised £2,250, which has already gone to the Rotary’s Thanks for Life project and that will be matched by the Bill and Melinda Gates Foundation.

“The money we have raised through this project [will] pay for just over 11,000 polio inoculations.”

He added: “When children have their inoculation their finger is dipped in purple dye, which is why it is called the Purple Pinkie Potato project.”

Effingham Local History Group was in a very embryonic state at this time, having held just two meetings in May and June. This Village Day was a key opportunity to make the Group’s presence known and to attract more members.

The ELHG stall displayed material primarily about Effingham Common, as we had chosen to study its history as our first major project. 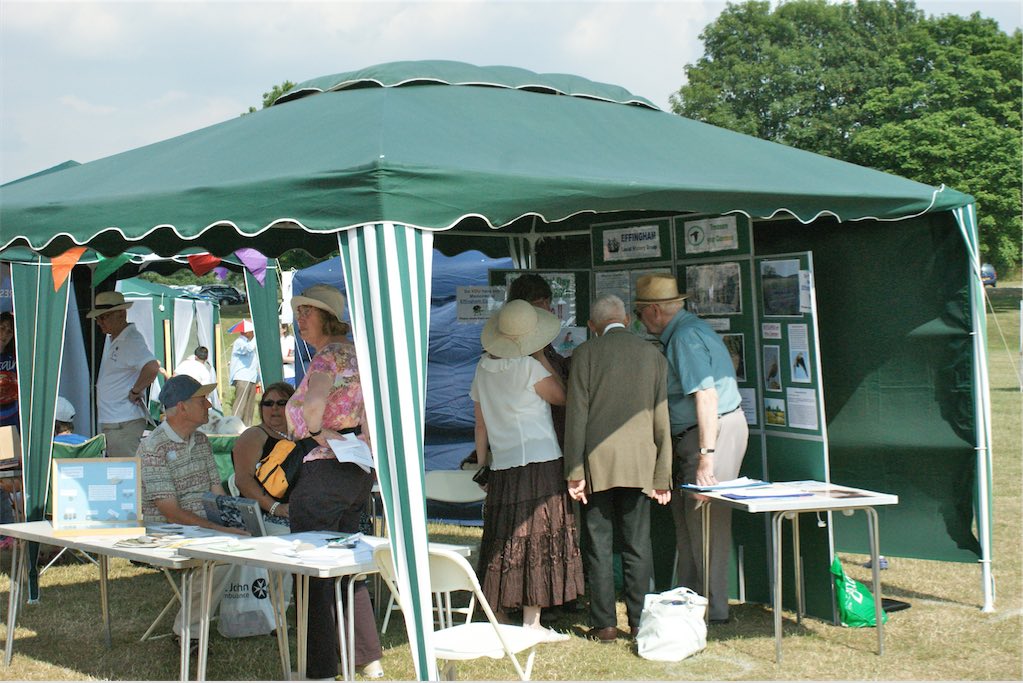 Effingham Local History Group’s stall at the Summer Fete in 2010. 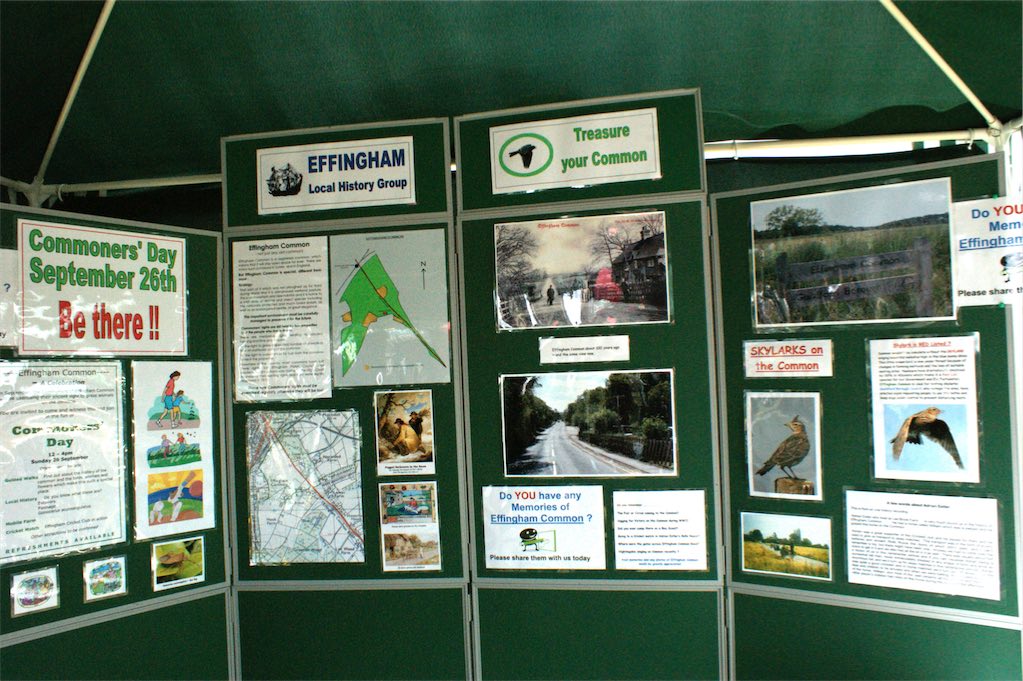 We also displayed some items of archaeological interest from the local area (click to enlarge): 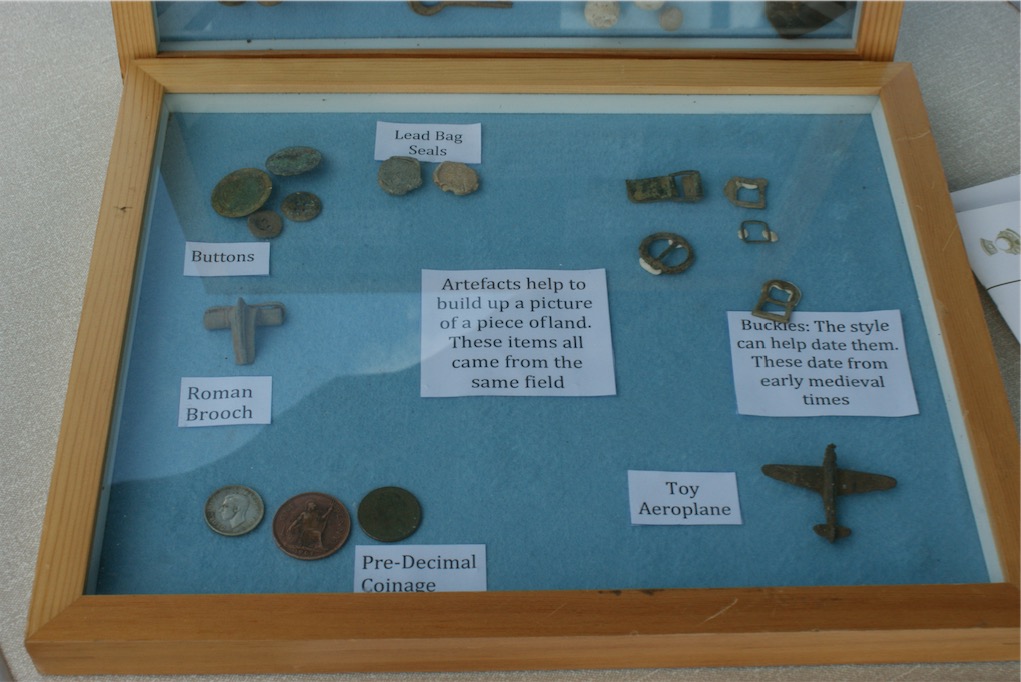 The images below show some of the Group’s early members.

Besides the Blue Academy’s performance of street dancing the programme also highlighted a Fun Dog Show, the Pantastic steel band and many stalls and side shows. In addition there were also helicopter rides as shown in the two brief YouTube videos below [submitter SeansOddsandSods: vid1 and vid2]. 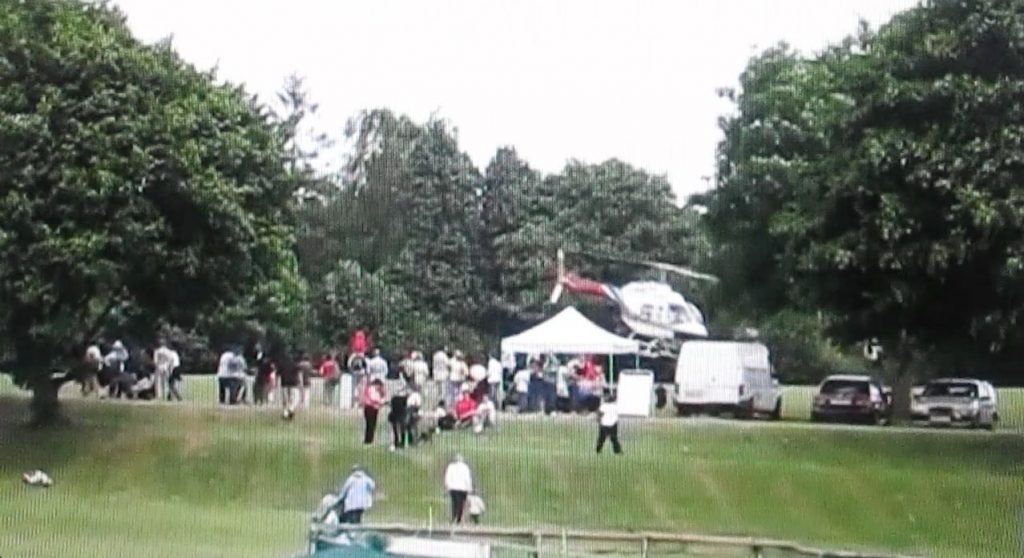 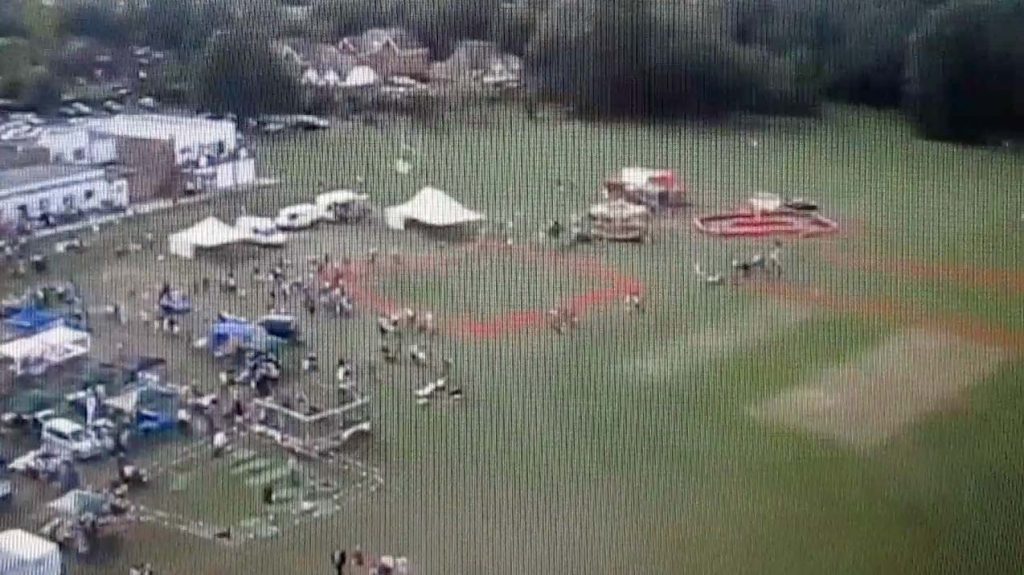 Finally, here are some general views of the activities and stalls in the main arena: