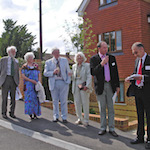 The land in Browns Lane on which Barnes Wallis Close stands was originally associated with St. Lawrence Church; formally it belonged to the Church Commission of England. In 1961 the Commission sold it to Guildford Rural District Council who required a site on which to house Effingham residents in sheltered accommodation. The result was the building named Howard Court, pictured below in about 1991; on the map alongside the property is depicted near the top. 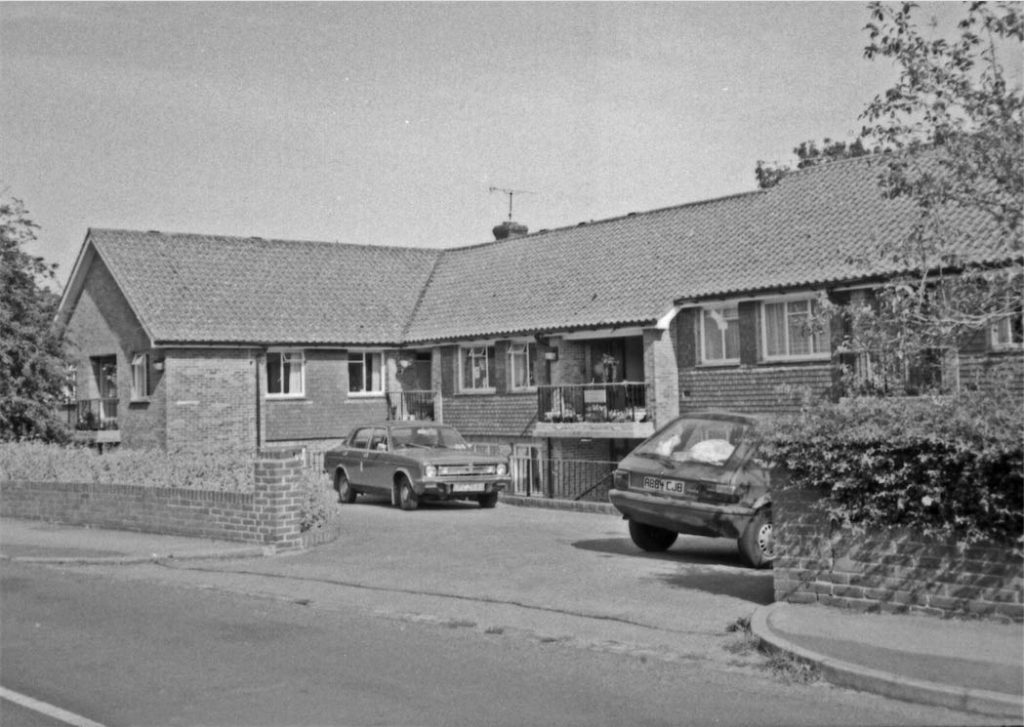 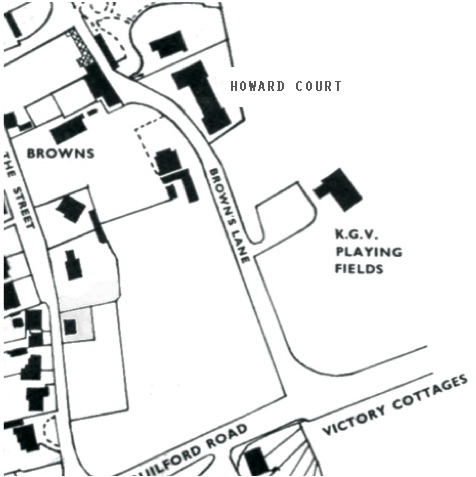 As the years passed it became clear that the building’s internal structure – in particular requiring residents to share bathrooms and toilets – was incompatible with modern housing standards. It became ever harder to gain new occupants when existing ones either moved or passed on, making the building uneconomical to run as rental income declined.

Guildford Borough Council (the body superseding the Rural District Council) took the decision to demolish Howard Court and replace it with modern self-contained flats and houses under the management of a housing association.

Howard Court was knocked down in 2002 and redevelopment of the site began immediately. By January 2003 the new buildings, developed jointly by GBC and The Housing Corporation, were approaching completion. This photograph and the two in the gallery below it were taken in that month. 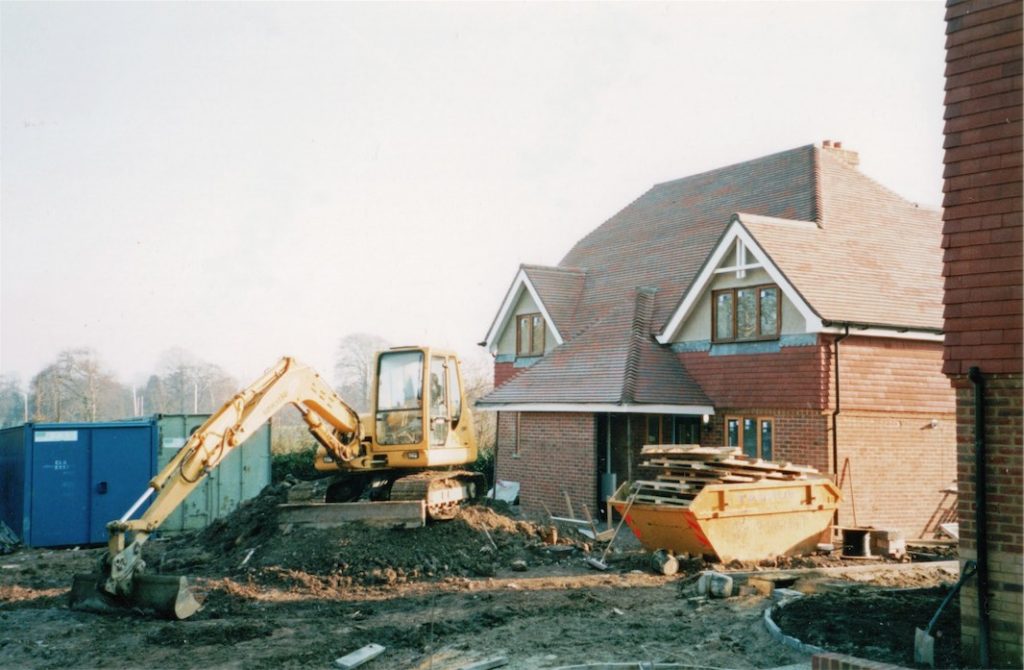 The next two pictures were taken in February 2003: 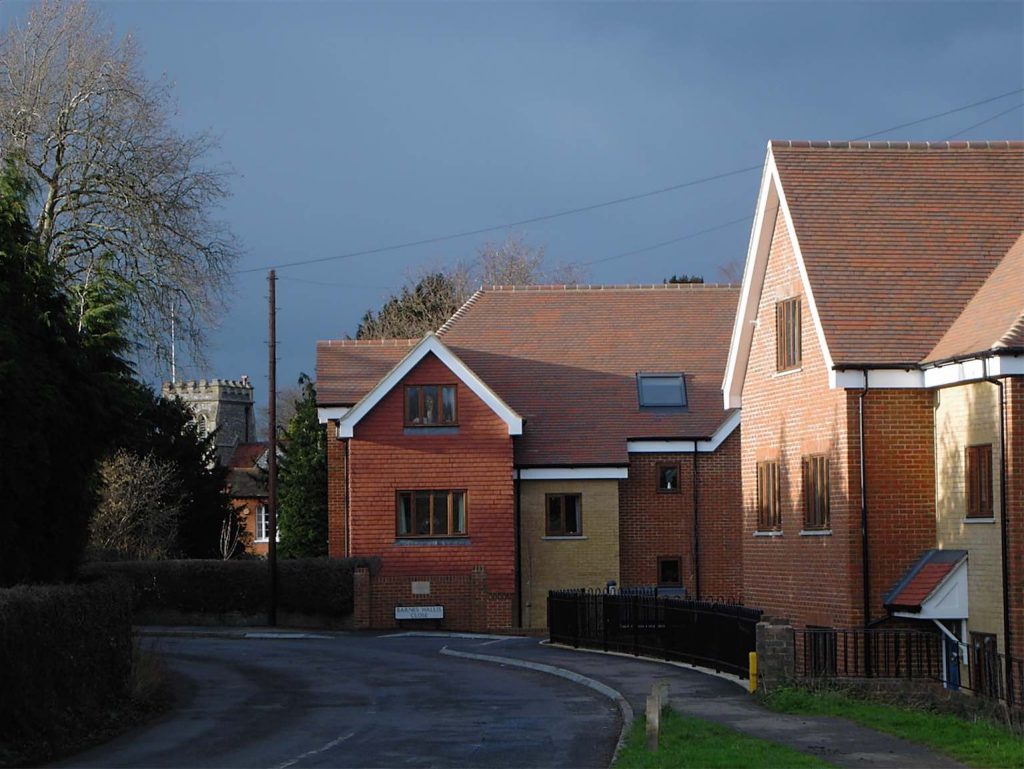 The development as seen on February 4th : photograph by courtesy of Effingham Residents Association.

By mid-2003 the project, consisting of 10 flats and 5 houses, had been completed at the cost of about £1.4 million, the greater part of this being met by Mount Green Housing Association who would be managing the tenancies. A formal opening ceremony was arranged for June 12th, as shown by this invitation card from Mount Green: 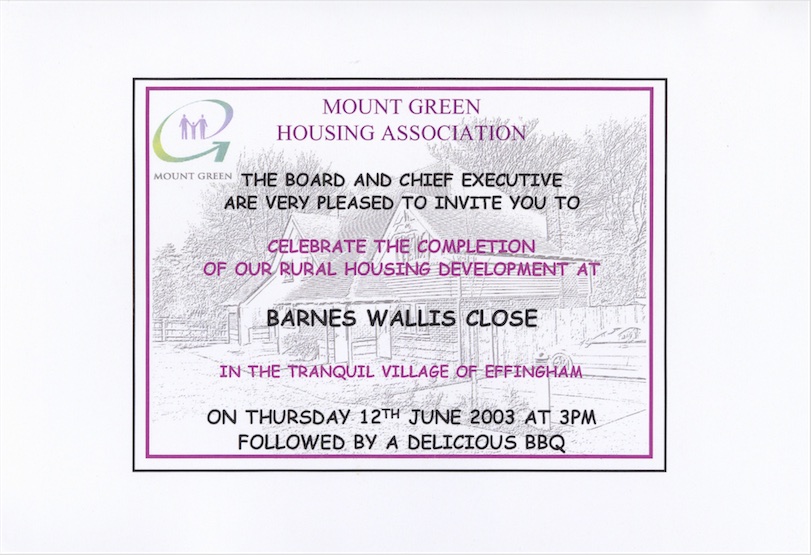 You can view here (as pdf) the leaflet for the opening ceremony:

The opening itself was performed by two of the children of the late Sir Barnes Neville Wallis – Christopher Loudon Wallis and Elisabeth A. Gaunt, seen below on the left: 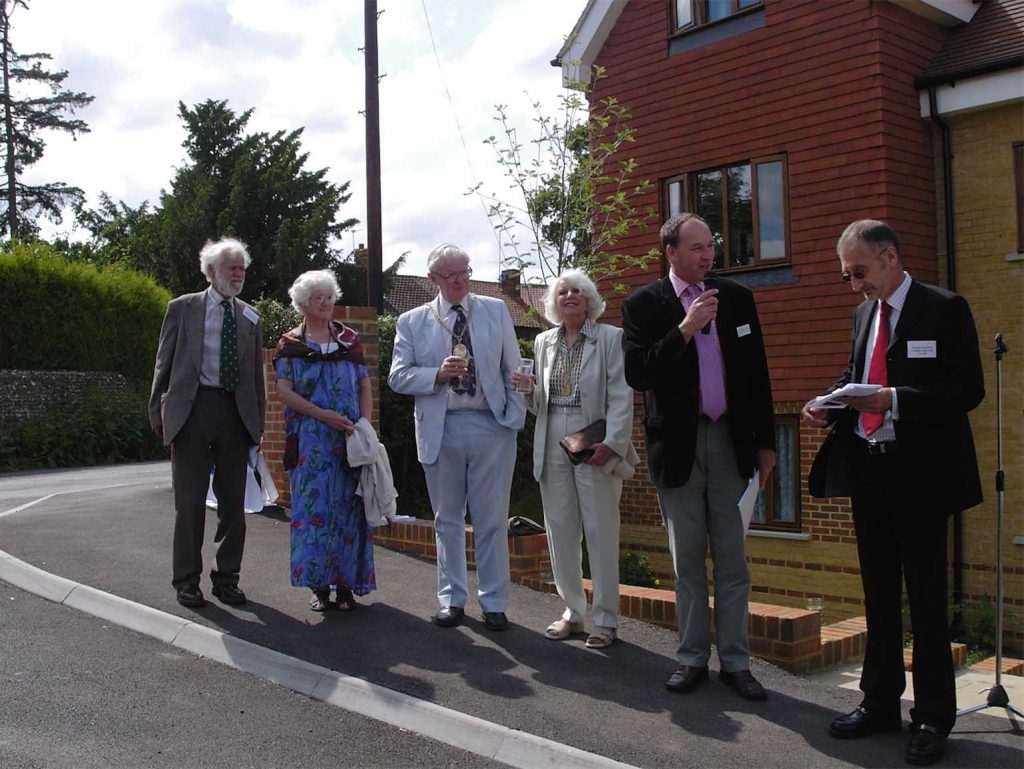 At the centre are the Mayor of Guildford Gordon Bridger and his wife. The gentleman holding the microphone is Nick Ronald, the CEO of Mount Green,
whilst at far right is GBC Council Officer Adrian Maunders.

The gallery below provides some more views of the opening ceremony.