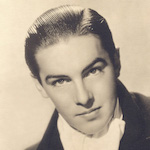 Researched and written by Jeremy Palmer and Susan Morris.

John “Jackie” Edward Powell Dunn is one of the great celebrity “what might have beens” for Effingham. We owe a debt to Eileen Ascroft for writing about him and allowing us to bring this most forgotten of idols back to life.

Eileen wrote about John Dunn in her Daily Mirror column published on July 18th 1938. She described her childhood friendship with him and her admiration of his short career as a 1930s British figure skater whose best finish had won him a silver medal at the 1935 World Figure Skating Championships. 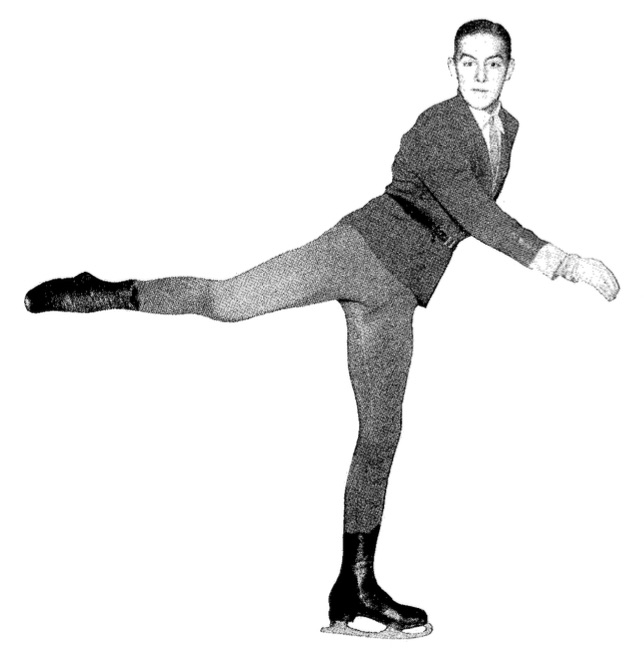 We know where Eileen Ascroft lived but establishing where John Dunn had his childhood was much more difficult. All Eileen told us was:

“The public have lost a budding film star, a second Valentino, but I have lost an old friend … Years ago in a little country village Jackie’s mother had a charming house near my mother’s cottage on Effingham Common. He was a schoolboy, then on the threshold of life, and we were making up our minds what we were going to do in the world.” 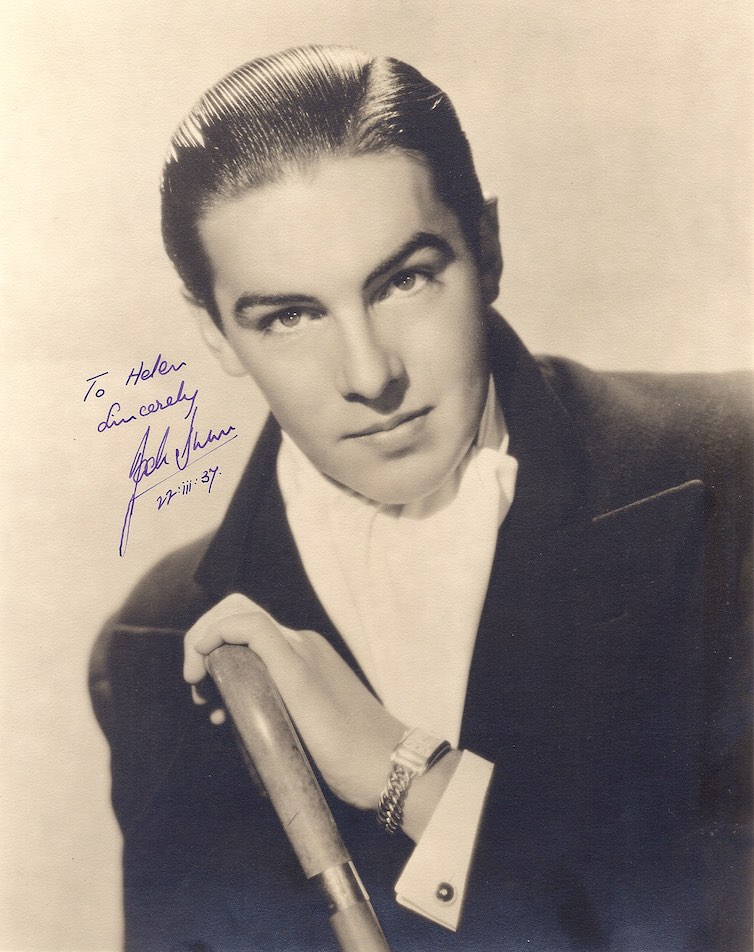 John’s mother was Marguerita Isabel Alice Seitz, born in Dresden in the early 1890s. At the time of the 1901 Census Marguerita was living with her widowed mother Isabella and the latter’s parents at 55, Clarendon Road, Portsmouth. In 1916 she married Edward Oliver Dunn. Her surname in the register is given as “Seitz or Stuart-King”. She may have changed it from the one to the other by deed poll owing to anti-German sentiment in the nation at that time. Their first child was registered as simply “male Dunn” [GRO Ref: Tonbridge 2a 1281, 1917 (Q2)]. This was actually the John (“Jack”) Edward Powell Dunn whom we are interested in. According to his flying certificate he was born on 28th March 1917 in Tunbridge Wells. All three of her children were registered with their mother Marguerita’s maiden name given as Stuart-King, not as Seitz.

From an article published in the West Middlesex Gazette on August 7th 1926 we know that Edward was petitioning for the dissolution of his marriage, on the grounds that since 1923 Marguerita had been absent and that from November 1925 she had proved to be committing adultery. A decree nisi was granted.
The three children, including John, were now being looked after by an aunt.

The newspaper article about the divorce can be viewed here.
From the British Newspaper Archive : copyright unknown.

In 1927 Marguerita remarried, to the man with whom she had been conducting an affair – a publisher named Captain Evan Brodribb Pughe – giving her surname as “Seitz or S King or Dunn” [Marylebone 1a 1419, 1927 (Q2)]. Electoral registers show them living in London at 21, York Terrace in NW1 from 1928 to 1935, but in 1936 Marguerita went to the United States of America, probably following her son John.

Marguerita had meanwhile bought Walnut Tree Cottage in Effingham from Anthony Nicholas Diamantidi on October 7th 1932. Not long afterwards she sold it, on April 26th 1933. This information comes from a handwritten list of the owners of this cottage. It gives us one firm link between John Dunn and Eileen Ascroft in Effingham, although Eileen’s article seemed to describe a longer childhood friendship between them. The Electoral Registers do not indicate whether the family had a previous property in or near the village.

The earliest mention of John Dunn in the newspapers appears to be in this short announcement seen on the right, published in The Daily Mirror on January 19th 1934.

He was evidently destined for greater things. The following summary of his figure skating career is taken from the “Skate Guard” blog article “WhoDUNNit: The Mysterious Death Of Jackie Dunn”:

“He made his first appearance at the European Championships in 1934, finishing sixth and returned the following year to finish just off the podium in fourth. His greatest success came at the 1935 World Figure Skating Championships in Budapest, Hungary, where he was able to outrank his rival Sharp and win the silver medal behind Olympic Gold Medallist Karl Schäfer. Jackie finished sixth at the 1936 Olympics in Germany and despite a second place finish in the free skate at the 1936 World Championships in Paris, was unable to move up from a fifth place finish in the school figures and finished just off the podium in fourth.”

On September 23rd 1935 he also gained his flying certificate, his home address then being 17, Shepherd House in Mayfair. 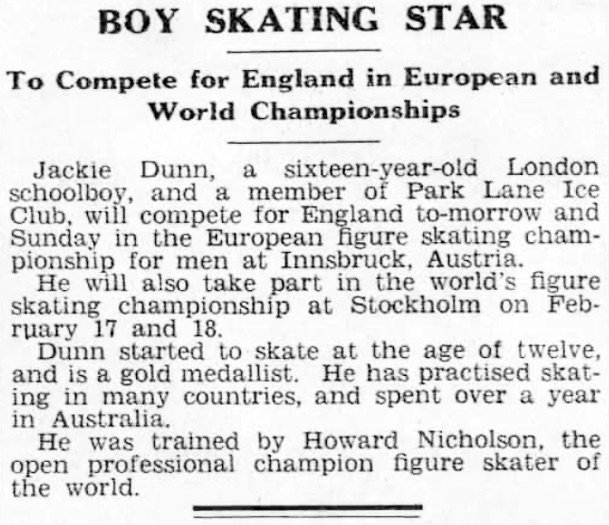 From the British Newspaper Archive :
reproduced by kind permission of Reach Plc / Mirrorpix

As a result of his brief figure skating career so far, Dunn met and became a lover of Sonja Henie, a Norwegian skating champion of major stature as well as a film star.
The photograph of them opposite was published in The Tatler on October 9th 1935.

Following Henie’s victory at the 1936 Winter Olympics, he turned professional and then followed her to the United States. He became Henie’s lover and professional skating partner in her touring ice show for the next two years. Their relationship ended when Henie became involved with Tyrone Power.

Dunn’s athletic build and handsome good looks had opened doors for him in Hollywood. He passed screen tests for several movie production companies but was forced to wait for the right film and part to become available.

While on a rabbit hunting trip in Texas in June 1938 Dunn contracted a rare disease, tularemia, through a cut in his hand. He was admitted to hospital but was initially misdiagnosed. Once his true condition became known, doctors searched frantically for the two men in Los Angeles known to have survived tularemia. Both gave Jack a transfusion but it was too late. His mother Marguerita arrived in New York on July 15th. American newspapers told of her then catching a flight across the continent in a race against death, to be by the side of her son dying in a Tucson hospital. She was too late though; Dunn died on the 16th, aged 21, ten hours before she arrived at the hospital.

“Death Wins Race
Mrs. Marguerita Pughe, mother of Jack Dunn, British ice skating champion who was about to get his big break in the movies, … stepped from an airlines plane at Los Angeles only to learn she had lost a race with death that started in England. Dunn had already died of Tularemia, a rare disease.”
[Moravia Daily News-Post, July 18th 1938]

Image of Marguerita by kind permission of Newspapers.com 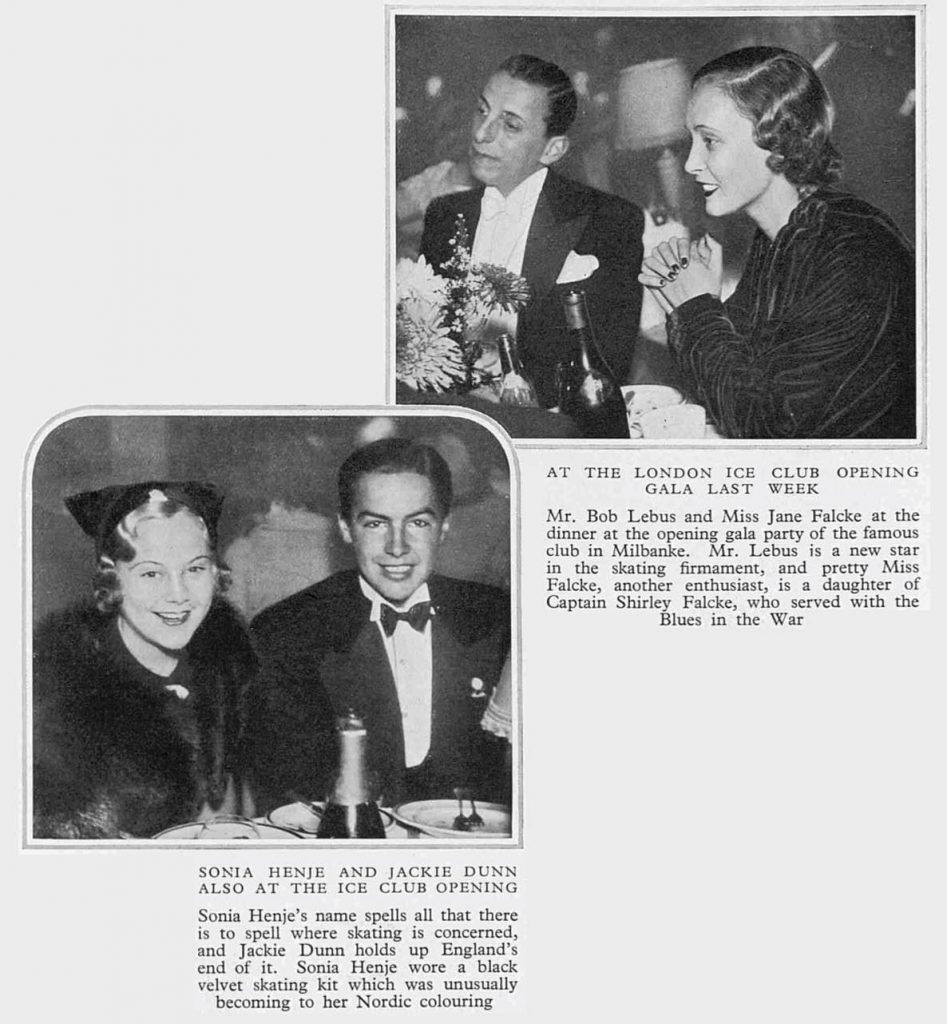 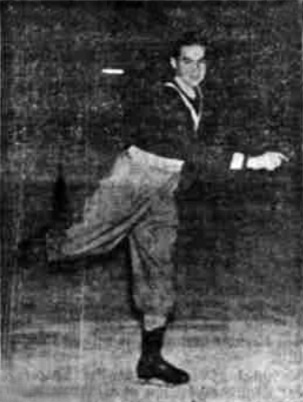 He died on the day that he had been scheduled to start shooting his first picture “The Duke of West Point”. He had also been due, following that, to have played Rudolph Valentino, to whom he bore a remarkable resemblance, in a biography of the late movie idol’s life. A fuller account of his death was published in The Liverpool Echo on the day he died and can be read here:

A Requiem Mass was held for him at the Church of the Good Shepherd in Beverley Hills and he was buried in Calvary Cemetery in Los Angeles. A simultaneous service was held in England attended by his two sisters, Betty and Barbara, and his father Edward.

She was granted American citizenship on July 16th 1946, eight years to the day since her son’s death. One of the two witnesses was Maria M Romero, possibly the mother of the legendary American comedian Cesar Romero; the other was Lorayne Mowbray, wife of the English actor Alan Mowbray. It seems that Marguerita was maintaining the Hollywood connections initiated by her son.

She died on August 26th 1982 in Los Angeles, still bearing the Byers surname.