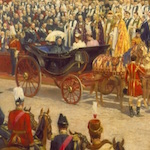 At present we have rather little material relating to Effingham’s celebration in 1897 of Queen Victoria’s Diamond Jubilee, but enough survives to prove that the village did put a lot of effort into it and had a most enjoyable time.

Preparations for the event apparently began only about a month before the Jubilee. At their ordinary meeting on May 19th the Parish Council appointed a number of committees to organise the celebration “in a fit and proper manner”. Meanwhile the local school (then called the National School but today St Lawrence Primary School) was also getting ready, as shown by this extract from the Log Book in which the head teacher Mr Jestyn Griffiths recorded that on June 4th he “began teaching the children a new and special Jubilee Hymn”. 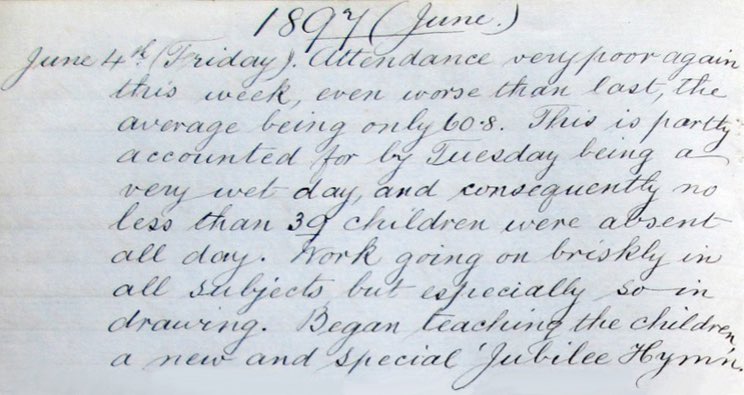 The Jubilee Celebration took place on Tuesday June 22nd. Queen Victoria was taken in her carriage from Buckingham Palace to a thanksgiving service at St Paul’s Cathedral before processing in a magnificent Empire Pageant through the streets of London.

The procession went from St. Paul’s firstly to the Lord Mayor’s residence at Mansion House, then went across the Thames through Southwark and returned via Westminster Bridge, then along the Houses of Parliament and eventually back to the palace.

The grandeur and scale of this spectacle were almost beyond comprehension. Along the route were hundreds of thousands of spectators, on every pavement and in every window amidst numerous decorations, flags and bunting. Flanked by lines of guardsmen and constabulary, the procession itself was made up of dignitaries, troops and bands from all over the Empire. Mark Twain, who was watching, wrote that “For varied and beautiful uniforms and unceasing surprises in the way of new and unexpected splendors, it much surpassed any pageant that I have ever seen”. 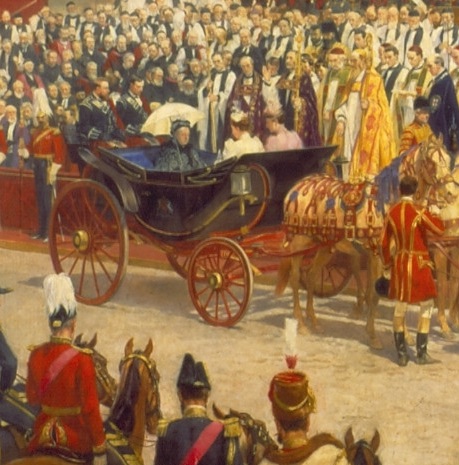 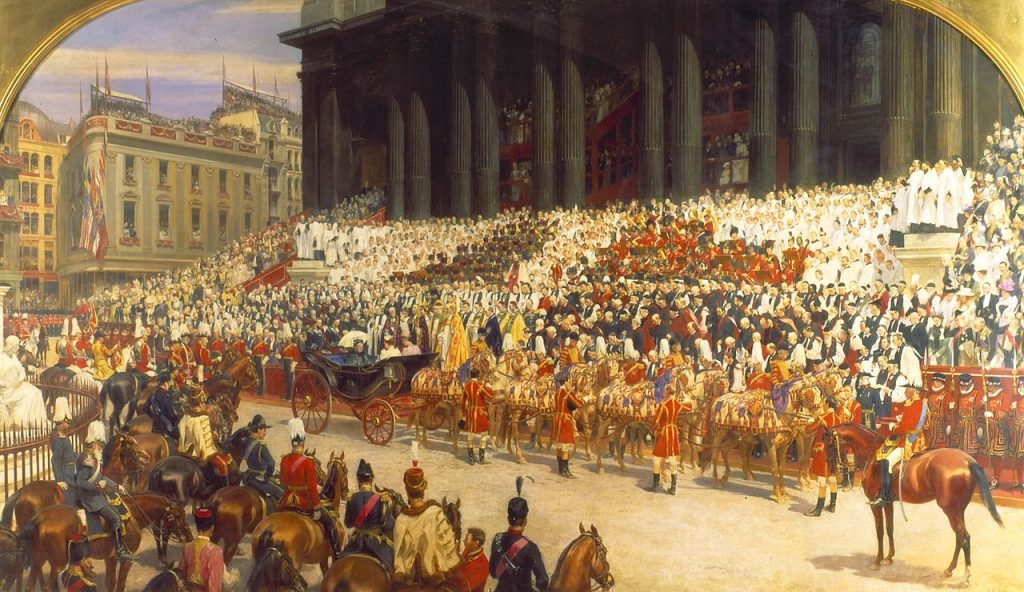 Queen Victoria photographed on the day of the Jubilee: 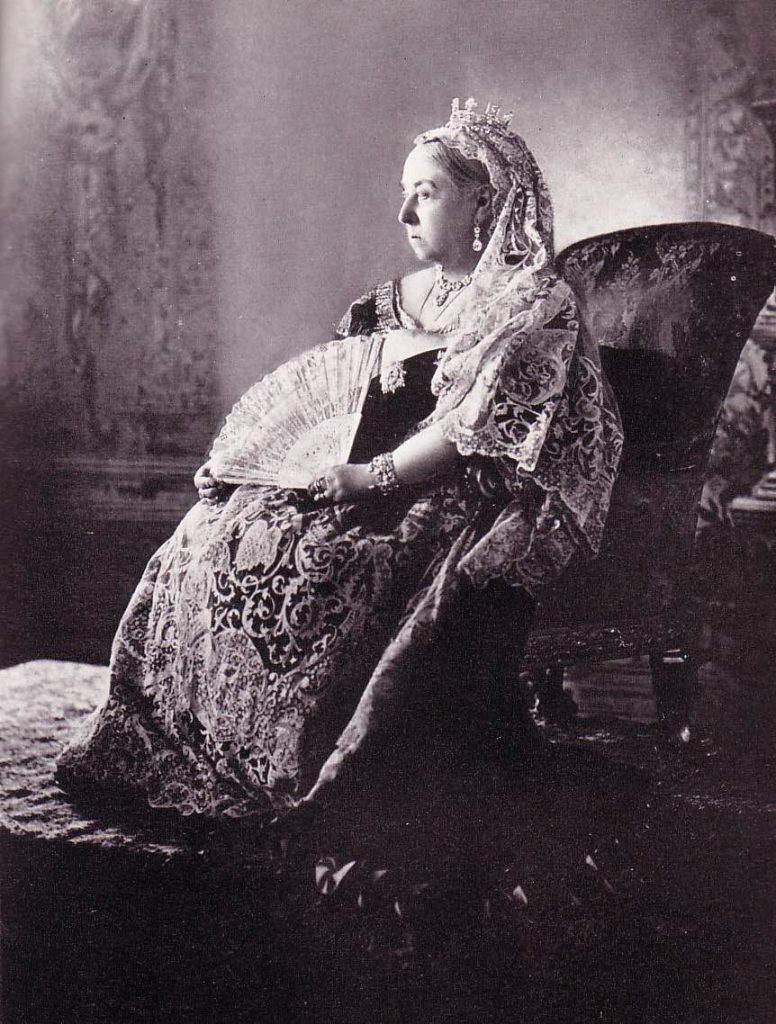 Meanwhile, local celebrations were being held up and down the country. The nearest one to Effingham for which we have any photograph is that at Dorking, seen here on the right: 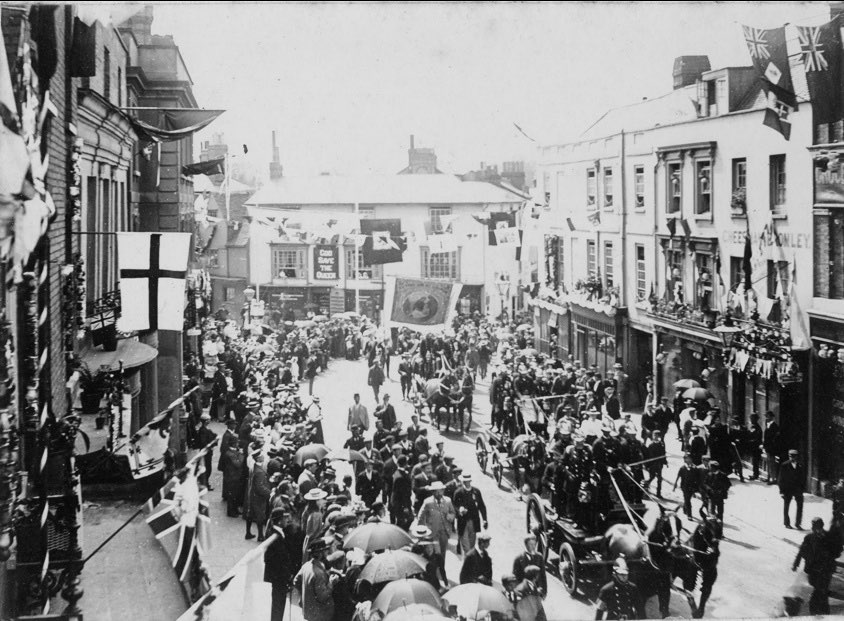 We have two accounts of Effingham’s celebration, one from a newspaper article and the other from the records of the Parish Council, as shown below: 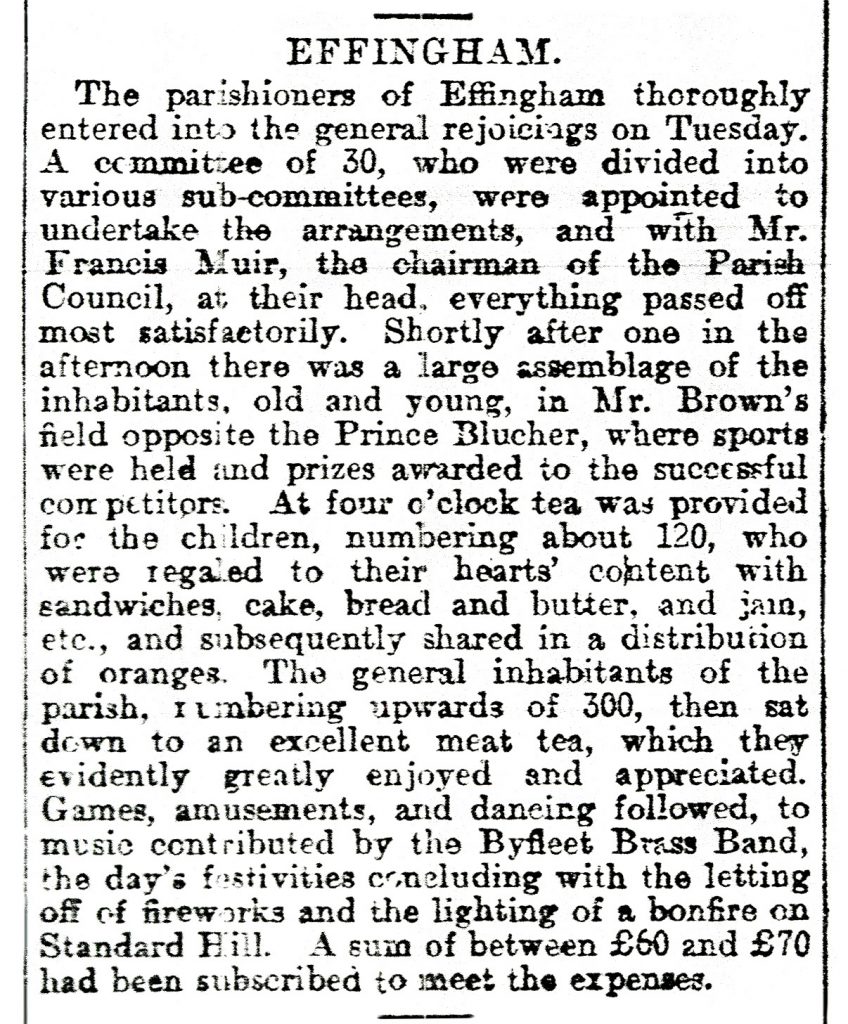 From The Surrey Advertiser and County Times: 26 June 1897.
From the British Newspaper Archive : reproduced by kind permission of Reach Plc / Mirrorpix 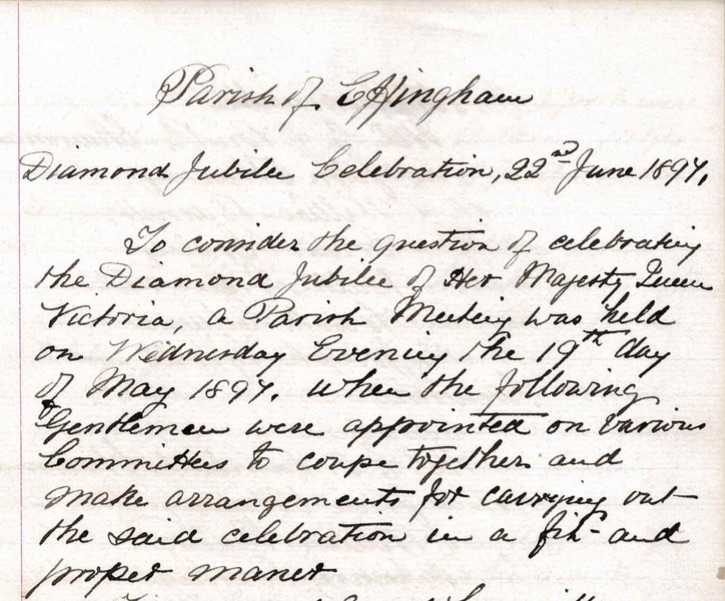 The above account was written into the Parish Meeting Minute Book. Use the buttons below to view the entire original article and a transcription made by one of ELHG’s members:

Following the celebration the Chairman of the Parish Council, Mr Charles Edward Lambert of Effingham House, reported “generally on the success” of the event, whilst in the school log book Mr Griffiths noted that children had been slow to return to school in the days following:

It would have been nice to have in our possession a film of Effingham’s parishioners enjoying their local celebration, but perhaps one or two went to London instead and were among the crowds seen in this film watching the procession. The accompanying music, cleverly chosen to fit the pace and pomp of the occasion, is “La Poule”, the sixth of the “Six Concert Transcrits en Sextuor” composed by the renowned French composer Jean-Philippe Rameau in 1727. Enjoy! 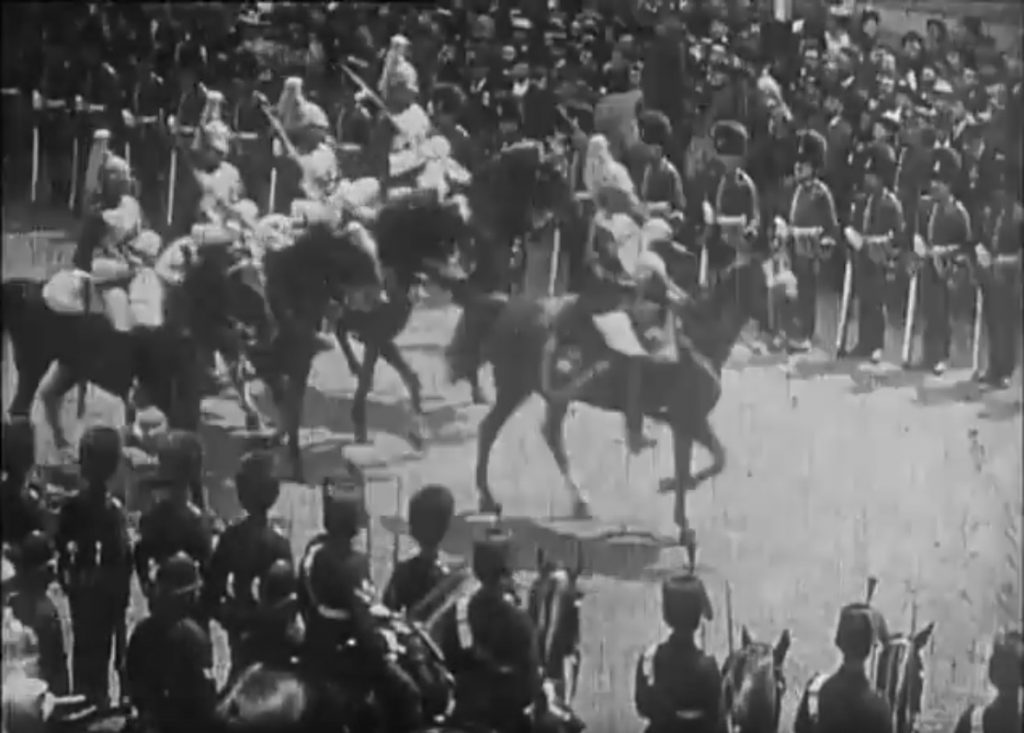