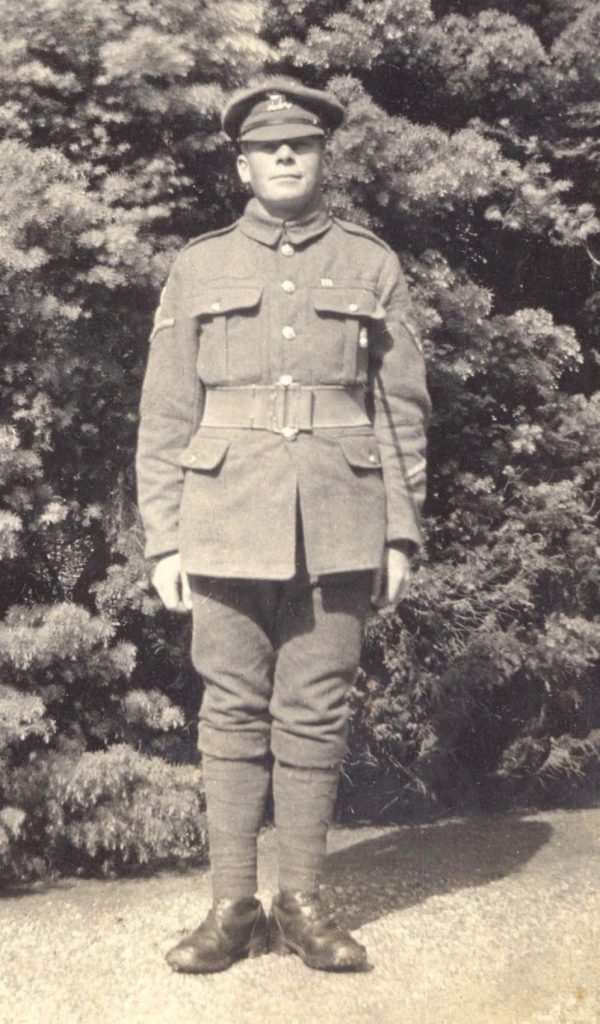 The details on this plaque do not wholly correlate with his surviving military records (see below), two of which give his rank as Private. His medal record gives his date of death as the 4th, not the 5th.

He was born in the village, as were his father and grandfather, and was evidently still living there at the time he enlisted.

Thus, Arthur (Snr.) and Elizabeth (Jnr.) were first cousins, and in due course would marry. Here they are, as yet unmarried, in the 1881 Census:

In 1894 their third child Arthur was born in Effingham [GRO Ref: Dorking 2a 155, 1894 (Q3)], after which the family moved to Hersham where four more children were born:

By 1911 the family had become even larger and was now back in Effingham:

In the War Arthur served in the Queen’s (Royal West Surrey) Regiment, 2nd Bn., with Service Number L/10685. He appears to have been in France as early as December 17th 1914. In 1917 he was awarded the Military Medal, as reported on June 18th 1917 in the Supplement to the London Gazette [Issue 30135]. On Page 6017 there begins a very long list of those to whom it had been awarded, prefixed by the usual King’s commendation, and Arthur appears in that list on Page 6024:

His Majesty the KING has been graciously pleased to award the Military Medal for bravery in the field to the undermentioned Non-commissioned Officers and Men:—

It appears that he was then promoted to Lance Corporal. He was killed in action on October 4th/5th 1917.

This adds that he enlisted at Guildford. It gives his rank as Private and states that he was awarded the Military Medal. It also says that he died in “France & Flanders” (the Tyne Cot Memorial is in Belgium).

His medal record mentions only the standard campaign medals. 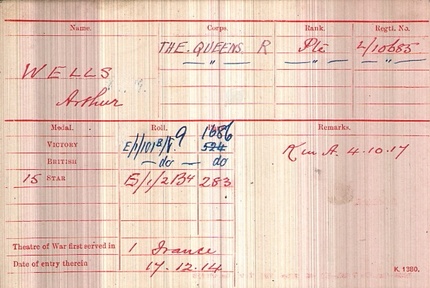