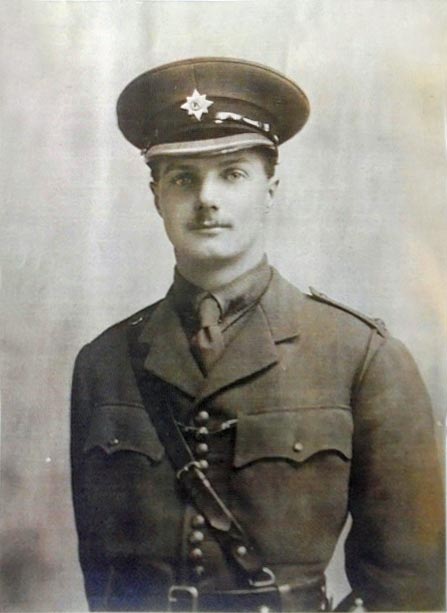 The only connection known so far is that his uncle, the Rev. Frederic Ernest Bayly, was the vicar of St. Lawrence for nearly fifty years, from 1882 until 1931.

Noel had some distinguished ancestors on both sides of his family. His great-grandfather Henry Bayly is described in The Peerage, Baronetage and Knightage of Great Britain and Ireland by Charles Roger Dod [Publ. Whittaker & Co. (London), 1866, Page 111] as follows:

The suffix “K.H.” in the top line of this extract denotes an honorary knighthood of the Hanoverian Royal Guelphic Order, which was bestowed upon Henry in 1835 by King William IV. Three years later, in Victoria’s new reign, he was made a knight bachelor by the British Crown, as reported in The Gentleman’s Magazine [Vol. 165, July 1838, Page 317]:

The 1861 Census finds Sir Henry with his third wife and family at his home in Bath:

Sir Henry died in 1867 [GRO Ref: Axminster 5b 2, 1867 (Q1)]. A little more detail of this is given in The Somerset Roll: An Experimental List of Worthies, Unworthies and Villains Born in the County by Arthur Lee Humphreys [Publ. Strangeways, 1897] as follows:

By 1871 Frederic Jolliffe was living in London with Mary and their two sons:

Noel’s mother was Annie Lilla (née) Douglas, born at Scaldwell, Northamptonshire in 1864 [GRO Ref: Buxworth 3b 123, 1864 (Q4)] and baptised there on December 28th 1864 [IGI: Batch I007491]. Her parents were Anna Maria Harriet (née Richards) and Arthur Gascoigne Douglas, Doctor of Divinity, who married in 1855. Born in January 5th 1827, Arthur eventually became the Hon. Rt. Rev. Bishop of Aberdeen and Orkney, but in 1871 was simply the Rector of Scaldwell, where the census of that year finds him with his wife and 8 children, including Annie Lilla. By the time of the 1881 census he was the Hon. Vicar of Shapwick in Dorset and living with his family in the vicarage there.

Henry (Jnr.) and Annie Lilla married – probably in Aberdeen – in 1887, according to this entry in Burke’s Landed Gentry of Great Britain, p.299:

Noel, their only known child, was born in Aberdeen in about 1888-89. The family was still living there in early 1891:

Noel must have been only 2 or 3 when his father died later that year, on December 1st. Ten years later he was at a boarding school in Eastbourne, East Sussex:

His mother has not been found in the (England & Wales) 1901 Census, and may have been still in Aberdeen. By the time of the 1911 Census she was in London, but Noel was not with her:

It is not known where Noel was at this time. It appears that in the period leading up to the war he was a student at Wye South East Agricultural College near Ashford in Kent. The College courtyard had a wall-mounted memorial whose left-most column includes his name, 13th from the top, as shown below. 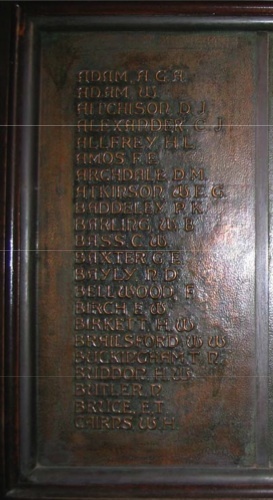 Moreover, during the war Wye College’s Agricola Magazine published a Roll of Honour listing those of its members who were, or had been, serving on the colours, including:

so he was probably being treated for wounds at that hospital when the magazine drew up its list.

We know that he had enlisted with the Irish Guards. His promotion to 2nd Lieutenant (on probation, w.e.f. August 18th) was recorded in a Supplement to the London Gazette of August 17th 1916 [Issue 29710, Page 8115]. On November 27th 1917 he went missing in action and was presumed dead. He met his end in the battle of Bourlon Wood, graphically described in Rudyard Kipling’s great historical work – about the regiment in which his only son had served and died – The Irish Guards in the Great War: Edited and Compiled from Their Diaries and Papers [Publ. Doubleday, Page & Co., 1923]. In its Volume II: The Second Battalion and Appendices, which includes the account of Bourlon Wood, Kipling writes (among much else on that battle):

The records say that the 2nd Guards Brigade with the rest of the Division “fell back to its original line.” Unofficially: “We did—but I don’t know how we did it. There wasn’t any Battalion worth mentioning when the Welsh Guards relieved us in the dark, but stray men kept on casting up all night long.” The losses were in proportion to the failure. Of officers, two were killed—Cary-Elwes, just as they reached their objective, by a bullet through the head, and A. F. Synge shot down at the beginning of the attack, both of them men without fear and with knowledge. Three were missing, which is to say, dead—2nd Lieutenants N. D. Bayly of No. 2 Company, W. G. Rea of No. 3, and N. F. Durant of No. 4 who was also believed to have been wounded. Four were wounded—Captain the Hon. H. A. V. Harmsworth, No. 1; Captain Reford, No. 3, bullet through the shoulder; and Lieutenant S. S. Wordley, of the same company, in the head. Also 2nd Lieut. F. C. Lynch-Blosse of No. 2 blown up, but able to get back. The C.O. (Colonel the Hon. H. R. Alexander), the Second in Command (Captain the Hon. W. S. Alexander), Captain Nugent, Adjutant, 2nd Lieutenant W. D. Faulkner, Assistant Adjutant Captain Sassoon and Lieutenant O’Connor, these last two being company officers in reserve who were kept with Battalion Headquarters, were unhurt. Twenty-five men were known to be dead on comrades’ evidence; one hundred and forty-six were missing, of whom a number would naturally be dead; and one hundred and forty-two were wounded and brought back. Total, three hundred and twenty-two. 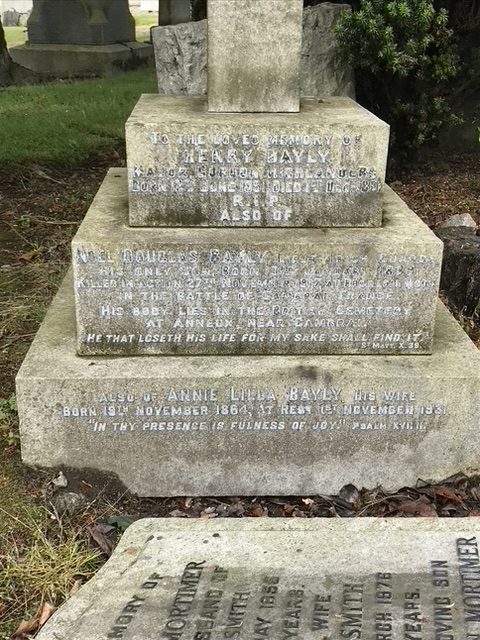 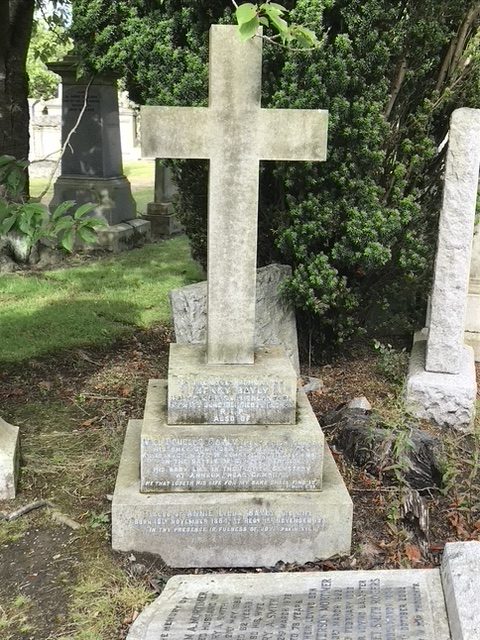 Noel is commemorated on the middle section of this Bayly family memorial in Allenvale Cemetery, Aberdeen.

After the war Annie Lilla appears to have spent the rest of her days in London. She had lost her husband long before, and now her only child. She never remarried. She applied for Noel’s medals on August 3rd 1921 and was then living at 3, Tite Street in a highly fashionable part of Chelsea close to the Thames. She died aged 66 in 1931 [GRO Ref: Chelsea 1a 427, 1931 (Q4)]. 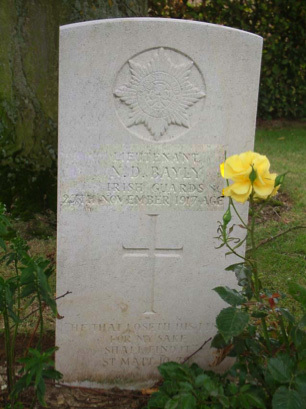 This adds nothing to the above. 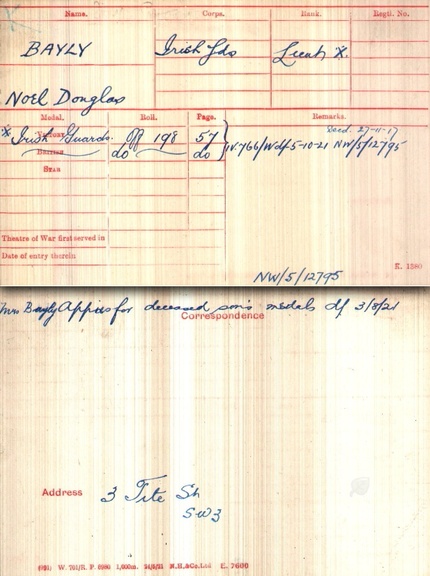