He was born in Effingham although his parents were not. The latter had moved to the village by 1914.

Arthur’s future wife was Eliza (née) Saunders, born to William and Ann [GRO Ref: Chichester 2b 292, 1859 (Q3)] at Fittleworth, about 8 miles east of Midhurst, and baptised there on October 7th of that year [IGI: Batch C070501]. When she was still an infant her family moved to Easebourne, just a mile NE of Midhurst, and were living there by early 1861. The 1881 Census finds Eliza living, like Arthur, in Broadwater:

The 1901 Census finds Arthur and Eliza living in Richmond. By now she was confused as to her birthplace, remembering only where she had lived in her childhood:

By 1911 the family had moved to Kingston-on-Thames:

The above record indicates that Agnes Louisa had produced a child “Arthur Poland Collins” out of wedlock [GRO Ref: Kingston 2a 421, 1910(Q4)] and that Arthur James had been the father.

Shortly after this census Arthur James and Agnes Louisa married [GRO Ref: Kingston 2a 939, 1911 (Q2)]. Their marriage is the only one in the GRO index between a male Poland and a female Collins, and the index offers birth references for five Poland children having Collins as their mother’s maiden name:

The first child was the child registered in 1910 as Arthur Poland Collins. He was evidently re-registered with the Poland surname when he was nearly 17 years old; his “late entry” GRO reference in 1927 names him only as “Arthur”. In the electoral records for the years 1932-38 he is named only as “Arthur (Junr.)” but the 1939 National Register names him as Arthur John and gives his precise birthdate. He is also named as Arthur John in the national Probate Index. 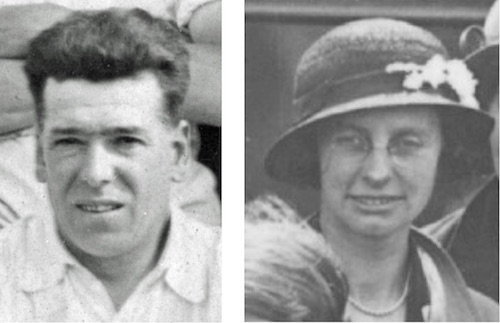 A former resident (Mary Elizabeth Procter) has stated that Kenneth was “always teased for his tanned face” and that he died while mine sweeping on the shores of Italy. It had been her job at the time to deliver telegrams to those whose sons had died on active service.

Kenneth served with the Royal Engineers in the War and was killed in Italy in December 1944, just three months after the death of his younger brother Ronald James Poland. His parents were living in Effingham at 2, Church Street, where (Electoral Registers show) they had lived for many years. He is commemorated on the gravestone of his brother in St. Lawrence churchyard: 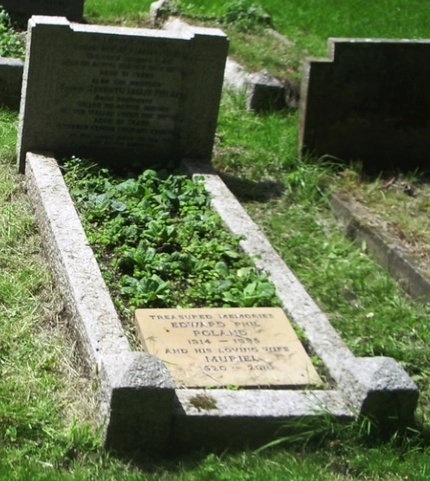 on the upright headstone:

“At the going down of the sun
And in the morning,
We remember them.”

on the flat panel: