He was not native to Effingham and nor were his parents. In 1948 his parents and brother Ronald were living here at “Newcombe” in Strathcona Avenue [1948 Electoral Register].

His forenames were those of his great-grandfather John, his grandfather Albert and his father Charles.

It is not known what had become of Matilda’s husband – no reference has been found to him after their marriage. However, in 1872 Matilda remarried as “Matilda Hunns” to William Washbourn [GRO Ref: Shoreditch 1c 231, 1872 (Q1)].

The family was at the same address in the 1881 Census:

The 1901 Census finds the family still in Islington, with Charles – the future father of John Albert Charles – now aged 10:

It seems that Albert and Zilpah had failed to register the births of their children John and Millie.

It may be that Fred had indeed been born in South Norwood but registered in Kensington.

By 1911 Frank was apparently widowed, although the GRO index contains no definite reference to Mary Ann having died:

Meanwhile, Rose’s future husband Charles Hunns was now in Jamaica serving in the Royal Marines Light Infantry on board HMS “Melpomene”, an Apollo class protected cruiser that had originally been launched in 1891 under the name HMS “Indefatigable”: 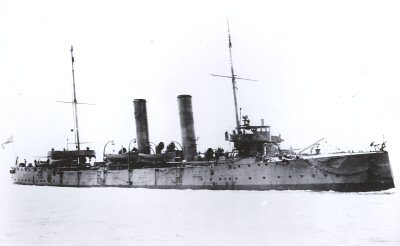 We currently know nothing of the military service of John Albert Charles other than that, like his father, he joined the Royal Marines. His step-grandmother Mary Ann (née Tysoe) Hunns died aged “80” in early 1941 [GRO Ref: Islington 1b 290, 1941 (Q1)]. Soon after he lost his life in the sinking of H.M.S. “Hood”, on May 24th 1941. The great battlecruiser had engaged the Germans’ “Bismarck” and “Prinz Eugen” in the Denmark Strait and been hit by shells from both of these. Her magazine exploded, breaking her in half. She sank within three minutes with the loss of 1415 lives; just three of her crew survived. 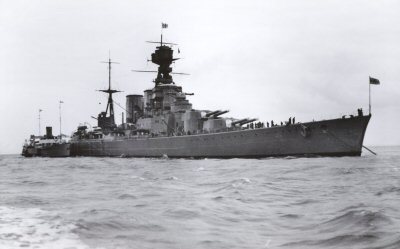 John Albert Charles is commemorated not only at the main Portsmouth Memorial but also at the Hood Chapel in the Church of St. John the Baptist in Boldre, Hampshire.