He was not native to Effingham and nor were his parents. However, his parents were living here at “Hill Crest” in Orestan Lane before the War and were still at this address after the War.

In 1891 the Saunders family was living in Limpsfield, Surrey:

The 1911 Census finds Harry still living with his parents in Great Bookham, whilst Ethel Ann had left her parental home and was in service in Carshalton:

Harry and Ethel Ann married in 1917 [GRO Ref: Epsom 2a 48, 1917 (Q3)]. Their marriage certificate states that the wedding took place at the Parish Church of Little Bookham on August 15th and was officiated by the Rector of Fetcham, W.H. Caldwell. Harry is described as a bachelor and munition worker whose father (named only as “Longhurst”) was occupied as a railway platelayer. Ethel Ann is described as a spinster, then residing at St. Margaret’s in Plumstead, whose father (named only as “Saunders”) was occupied as an inn keeper. The witnesses were her unmarried sister Agnes Emily and “James” Longhurst; the latter may have been her brother David James who, as the 1911 Census showed, was known simply as “James”.

The 1935 Electoral Register for Effingham evidently finds James Saunders and his (still unmarried) daughter Agnes Emily living at “Westmoor” in Orestan Lane. As explained on the page for Peter James Patrick Nicholls, it has been claimed that in this period the Saunders family was living at Old Westmoor Cottage opposite The Plough and that James was the latter’s inn keeper.

The 1939-40 Electoral Register finds James and Agnes Emily still at Old Westmoor Cottage. Harry and Ethel Ann were also living in Orestan Lane, at “Hill Crest”, together with Jack who was then occupied as a plumber.

Jack served as a stoker in the Navy during the War. The photograph below shows him (on the right) with his friend Peter James Patrick Nicholls, taken in London when the latter was visiting a relative. Although he is seen here out of uniform, it is understood that he had already joined the Navy.

Jack died on November 10th 1942 whilst serving on HMS Ibis. This ship was one of the Black Swan, or Modified Egret, Class, typically used for convoy support and hunting submarines, but at this time she was escorting the North Africa landings and fending off aircraft attacks. 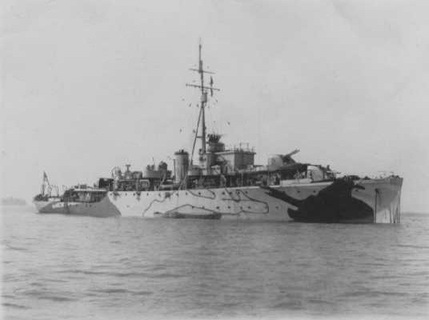 H.M.S. Ibis during the War (attributed to Graham White).

On November 10th the ship was off Algiers, with 350 men on board. She was attacked by enemy aircraft carrying air-launched torpedoes. Three of these aircraft were shot down by Ibis. Having evaded three torpedoes, she was struck near the engine room by a fourth one. Following the explosion the ship was filled with scalding steam and choking fumes. She capsized in 5 minutes and sank. Men in the water suffered from extreme cold and oil inhalation. Several hours later survivors were rescued by H.M.S. Scylla. Altogether 101 men from Ibis, Jack included, lost their lives. 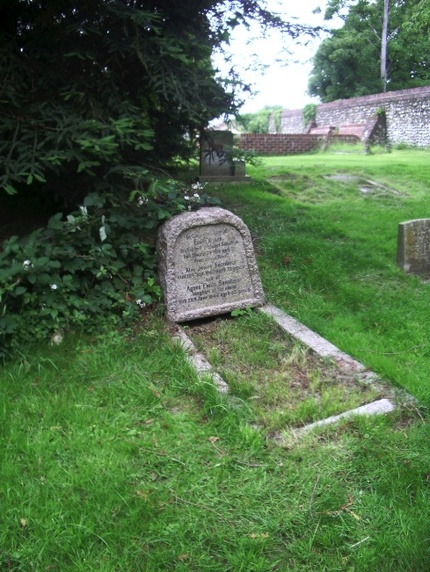