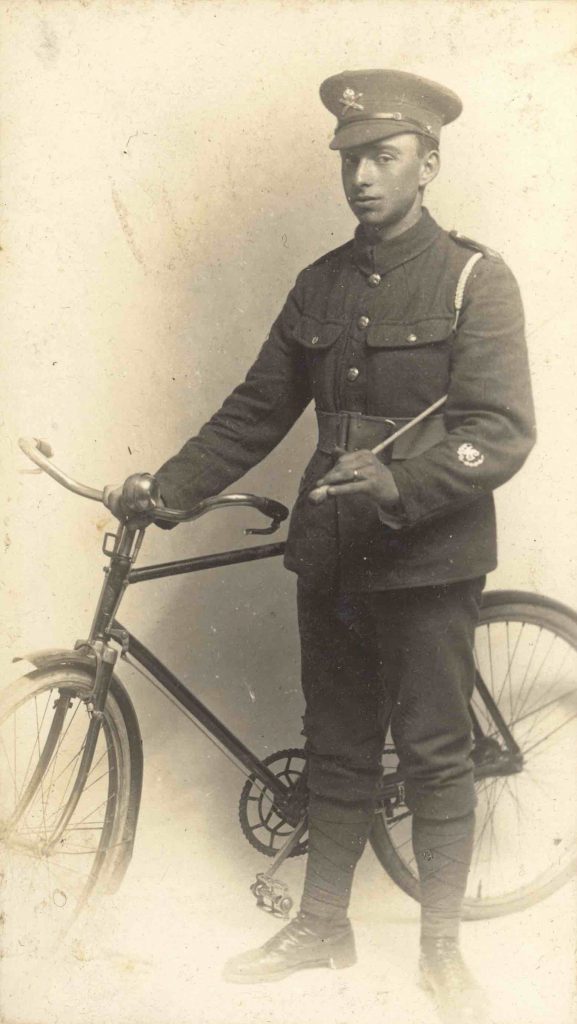 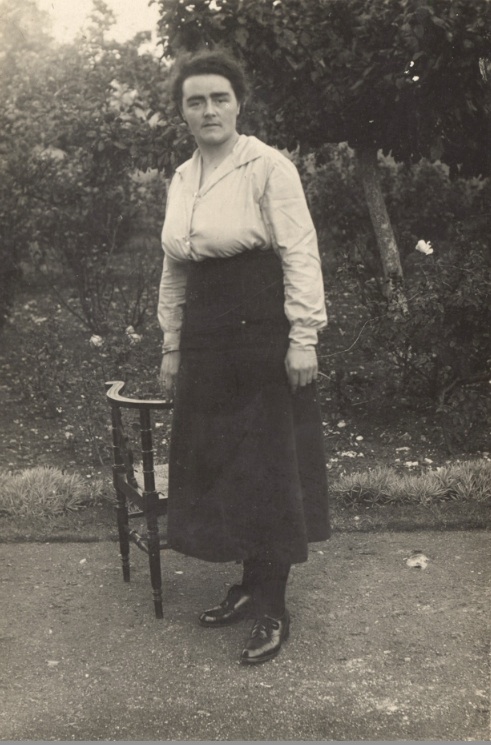 He was not native to Effingham but moved to the village some time after 1911, residing at Yew Tree Cottage.

The above daughter “Ellen” was actually Martha Ellen. She appears to have been registered at birth as Martha Eliza Marchant [GRO Ref: Shifnal 6a 624, 1895 (Q1)], but this may be just a GRO indexing error. It is currently a mystery as to why she was born in the tiny village of Blymhill on the Staffordshire-Shropshire border, about 5 miles NE of Shifnal; she was baptised there, as Martha Ellen, on March 17th 1895, the baptism register naming her parents in full [FHL Film No. 6114785].

By 1911 Harry and his parents were living in Fernhurst, whilst Martha Ellen was in domestic service in Midhurst:

This 1911 record also states that Thomas and Louisa had been married for 19 years but, as noted earlier, a marriage record for them has not yet been found.

By 1916 the family was living at Yew Tree Cottages in Effingham. This pair of houses stood just north of The Sir Douglas Haig, facing onto The Street; the Marchants lived in the southern one. Harry enlisted for service in late 1916 and was initially appointed to the East Surrey Regiment. Later that year he transferred to the Machine Gun Corps. He was posted to France in September 1917 and died of wounds on December 6th 1917. Application for his medals was made on May 7th 1922

His sister Martha Ellen did not marry and – according to the Electoral Registers – remained at the cottage until at least 1939, but had departed by 1945. Residents remembered that she had been utterly devastated by the deaths in this war of both her only brother and her fiancé. She died aged “71” in 1966 [GRO Ref: Surrey Mid.E. 5g 37, 1966 (Q2)].

Harry’s service record has survived as a motley collection of about 22 pages of varying legibility and intelligibility. He was medically examined at Stoughton Barracks on August 8th 1916. His Medical History form describes him as aged 20 years and 109 days, occupation labourer, 5’3″ in height and 115lbs in weight. His physical development was “fair” though he complained of a knee injury affecting his walking – the form records that there was “no physical sign” of this. He was accepted for the  East Surreys with Service No. 24991 at Guildford on October 3rd 1916. He then gave his address as Yew Tree Cottage, his age as 20, his status as single and his occupation as engineer. He had expressed a preference (denied) to join the Royal Engineers. He cited his mother, also of Yew Tree Cottage, as next-of-kin. Here is his original signature from the first page of his Enrolment Paper:

On December 19th, he transferred to the Machine Gun Corps with Service No. 82360. He was assigned to the British Expeditionary Force on September 8th 1917 and posted to France the next day, embarking at Folkstone and disembarking at Boulogne. On the 9th he joined the ‘Base Dep. Carriers’, and was in the ‘Field’ by the 19th, serving in 219 Company. On November 2nd he was awarded 5 days’ punishment for “smoking in billets” on the previous day. On December 2nd or 3rd he was wounded in action with head, right leg and right arm injuries including fractures. He died at a casualty clearing station on December 6th.

On April 18th 1918 a memorandum was issued by the War Office to the Machine Gun Corps records office instructing that any of Harry’s personal articles, including medals, in their possession be despatched to his father Thomas at Yew Tree Cottage. On May 7th 1918, at Effingham Vicarage, a form was completed by Louisa declaring that she and Thomas were Harry’s parents and that Martha Ellen was his sister. It was witnessed by Rev. Frederic Ernest Bayly, vicar of St. Lawrence, bearing his original signature:

This adds nothing to the above, other than confirming he was born in Ewhurst, had enlisted at Guildford and was assigned initially to the East Surrey Regiment. 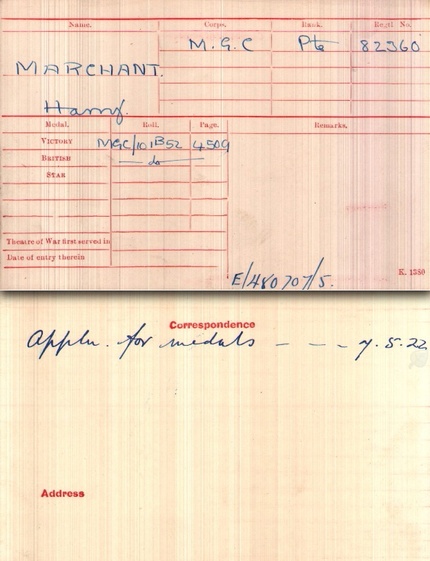