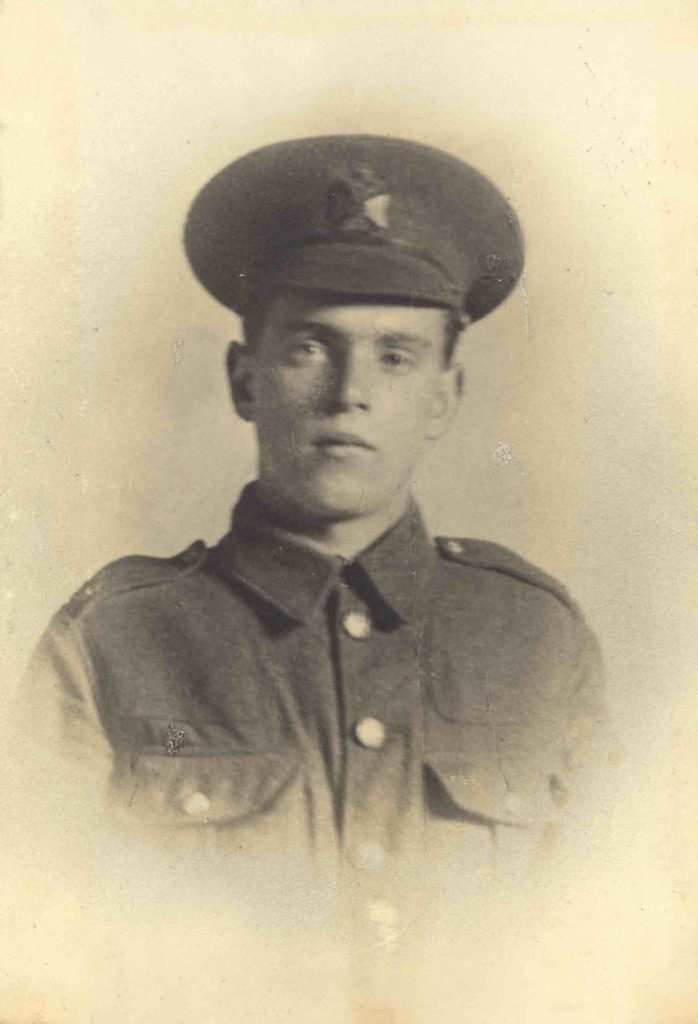 He was born in the village and was resident here until at least age 16.

Frederick’s father was William Barnett, born at Effingham in 1870 [GRO Ref: Dorking 2a 131, 1870 (Q2)]. The 1891 Census finds William living there with his widowed mother Ann and occupied as a journeyman baker. (A journeyman was someone who had worked his apprenticeship and now worked as an employee of someone, not as a master in his own right.)

Here is Frederick in the 1901 Census:

It is curious that Frederick’s father William was now occupied as a cowman after so many years as a baker.

Frederick enlisted with the King’s Royal Rifles Corps, evidently at the same time as two other young men of Effingham, Frederick Maskell and Frederick Orlando Kemp. Their Service Numbers were A/1308, A/1309 and A/1310, respectively. The first two joined the 7th Battalion and were killed on the same day in 1915, whereas Kemp joined the 8th Battalion and was killed nearly two years later. By the time that the death of Frederick (Barnett) was recorded by the War Graves Commission, his parents had moved from Lower Street to Church Street.

This adds that he died of wounds in France/Flanders in the Western European Theatre of war. It also claims that he enlisted at Bordon in Hampshire, but there is currently some uncertainty over this as the same source claims that Maskell and Kemp both enlisted at Guildford. 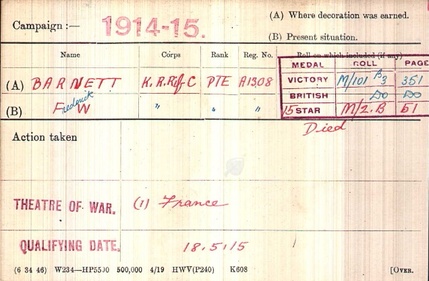