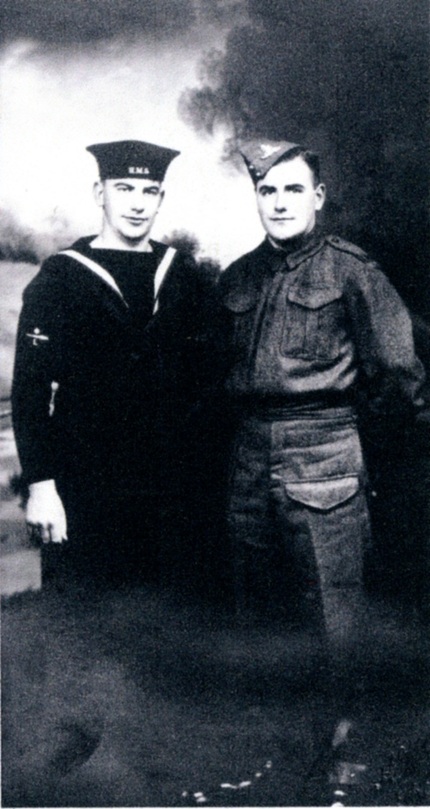 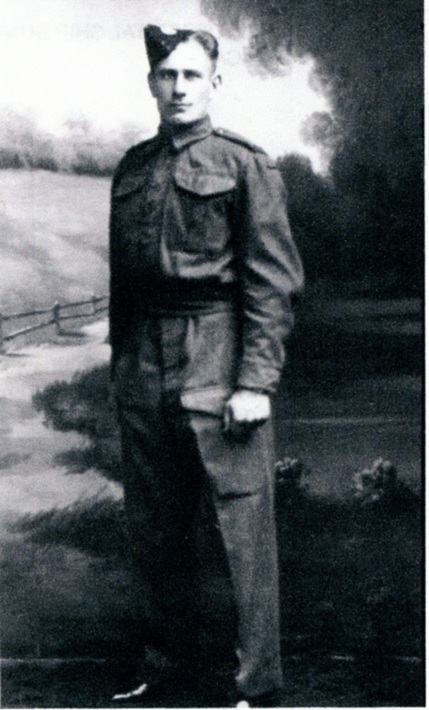 The photo on the left shows Francis with his brother George who served in the Royal Artillery. That on the right shows the oldest brother Arthur William (“Bill”) who served with the Rifle Brigade.

Both photos appear in the pamphlet Effingham & The Bookhams Royal British Legion : Some Photos of the Halls and War Veterans [Publ. by Frank Rice-Oxley, Roxley Models, 2006].

He was very probably born in Effingham. In 1948 his parents and his brothers Arthur and George were living at 2, Victory Cottages in Effingham [1948 Electoral Register].

Arthur James and Christian produced several children at various places just a few miles east of Shaftesbury around the Dorset-Wiltshire border, but by 1891 they had moved to South Stoneham parish in Hampshire (today subsumed into western Southampton):

The son John Biles highlighted above was the future father of Francis. His birthplace “Coombe” refers to an almost uninhabited river valley about 2 miles west of the village of West End, the latter being about 3-4 miles east of Shaftesbury. He was born on February 3rd 1887 [GRO Ref: Tisbury 5a 198, 1887 (Q1)].

The 1901 Census finds John living with his parents in Bere Regis, about 18 miles south of West End:

The above address Park Gate appears in the schedule immediately prior to Towers Horsley Park where the Earl and Countess of Lovelace were then living, so Frank may have been employed on the Lovelace estate. About three years after his daughter Violet was born, Frank died aged “47” [GRO Ref: Dorking 2a 90, 1897 (Q4)]. By 1901 his widow Jane had moved the family to Effingham:

Living in Dirtham Lane at “The Pit”, nearby to Jane, was the widow Elizabeth (née Dench) Wells whose grandsons Arthur Wells and Reginald Wells would both later die in the 1914-18 War.

By 1911 John Biles had left Dorset and come to work as a gamekeeper in East Horsley, boarding there with an Izzard family:

Meanwhile Francis, who remained unmarried, had joined the Royal Navy as an able seaman. He died aged 23 in early March 1942 on H.M. Tug “Wo Kwang”. This 350-ton vessel was built in 1927 and called into naval service in 1940. By early 1942 it and four other vessels were formed into the Sunda Straits Auxiliary Patrol to assist in attempts to hinder the Japanese invasion of Sumatra. It appears that the “Wo Kwang” was lost, in uncertain circumstances, in late February or early March, according to this entry in the War Cabinet’s “Weekly Résumé (No. 132) of the Naval, Military and Air Situation from 0700 March 5th to 0700 March 12th, 1942″:

Feb 27 / March 5 : Wo Kwang [with 13 other vessels] presumed sunk by enemy action in the Java area

From the above it seems improbable that Francis’ body was found.

George died on May 7th 1988 and Arthur William died on January 7th 2001; they are interred next to their parents. Brenda’s death was registered in January 1998.